This research aims to investigate; (1) the different interpretation among students toward “a text” in Jakarta Post newspaper , (2) which one is dominant toward those differences. This research was conducted in English Education Study Program, Postgraduate, by choosing 6 students on English Education Study Program as the participant. This research took two texts from Jakarta Post Newspaper as the primary text, text 1 deals with 2 participants and text 2 deals with 4 participants.The design of this research used quali-tative method. Data were collected through text collecting of the result of the student’s interpretation via email and also direct meeting by using type of document analysis through four analysis steps which deals with order and form, meaning, rhetoric, and style. The result of the finding presents each of the student’s interpretation result has significant differences. The significant diffe-rence most dominantly appear is in order and form side, as grammar, mistake in writing words, thus influenced to the meaning from a discourse that they develop in their text. Besides, the discourse that they delivered also consider the natural meaning, adapting meaning oriented only to the original text, and most of the 6 participants gave their own opinion in their interpretation toward each of original text. The last finding presents that there are some reasons causing the differences in case interpreting these two texts; (1) each of them has different know-ledge background, (2) ability to see the text meaning/ news broadly in some perspectives. The researcher only focus on one class which had 6 participants in which had been involved two texts. Whereas, the first text deals with 2 participants, and the other consist of 4 participant. It was done without seeing the respondent in lnguage and gender

Most read articles by the same author(s) 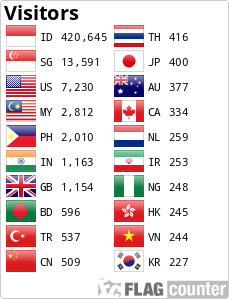